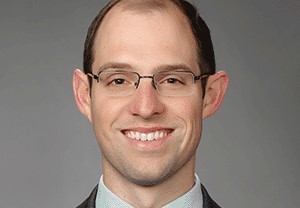 SACRAMENTO – The California Chamber of Commerce has expressed support for recent action by state lawmakers to sideline a bill that would have expanded the state’s False Claims Act (FCA) to include tax cases.

Assembly Bill 1270, authored by state Sen. Mark Stone (D-Santa Cruz), passed the state assembly earlier this year and was promoted by the attorney general’s office as a means to fight corruption.

Robert Moutrie, policy advocate at the California Chamber of Commerce, said that his organization and many other business groups actively opposed the measure.

“AB 1270 was a huge concern to the business community, and thanks to a Cal Chamber-led coalition effort, we were able to stop it in the Senate Appropriations Committee,” Moutrie said.

The coalition sent a letter detailing its position to the Appropriations Committee last month.

“Though AB 1270 is being presented as a means to combat tax fraud, this is a solution in search of a problem,” the letter stated. “AB 1270 is more than a small change. It would introduce plaintiff’s attorneys into tax enforcement, create ambiguity with existing tax law, and leave taxpayers in uncertainty as they faced conflicting standards and potential double jeopardy, even after a clean audit.”

Moutrie said that the bill was routed into what is called a suspense file by the Appropriations Committee late last month, meaning it has been effectively sidelined for 2019.

California’s FCA, which became law in the late 1980s, protects against fraud among those doing business with state or local governments. The law allows private rights of action involving fraud allegations when local or state prosecutors decline to charge, but it exempts tax cases from such private attorney lawsuits.

Opponents of AB 1270 had predicted it would lead to a slew of frivolous lawsuits from private plaintiff’s lawyers.