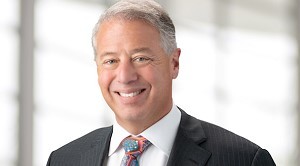 SACRAMENTO – The California Consumer Privacy Act (CCPA) took effect at the turn of the year, reshaping the landscape of internet privacy. Legislators throughout the rest of the country are following closely as a number of states are looking to soon push through similar laws.

The CCPA is intended to enhance privacy rights and consumer protection for the state’s residents, however, its vague yet comprehensive nature has left many with more questions than answers. While some state leaders want nothing to do with the political and legal climate of the Golden State, others hope to learn from California’s mistakes before pulling the trigger on similar privacy bills within their own states.

“More economically robust states have smartly avoided taking any cues from California on a variety of issues, and our Consumer Privacy Act is one such law they will also find well worth leaving on the side of the road,” John Kabateck, president of Kabateck Strategies, told the Northern California Record.

“There are, however, a few states with too strong a feeling of California envy," he said. "Some New York legislators want an even stronger version of the California Consumer Privacy Act, empowering anyone, not just an attorney general, to take it upon himself or herself to sue business owners. Every state would take a much better course by waiting and seeing how the California law works out.

"It also doesn’t take a crystal ball to see that if even a few states start disrupting interstate commerce with their own internet consumer privacy laws, creating a crazy quilt of compliance, the federal government will no doubt step in with one national standard.”

But how long it will take for regulations to kick in, how privacy infringements will be enforced, and the bill’s overall impacts are still unknown. And as California businesses and consumers adapt, the rest of the country will be taking notes.