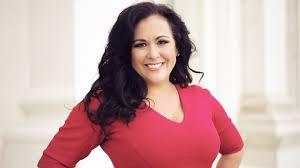 SACRAMENTO – Statements by lawmakers saying they will alter language in a new law so that freelance journalists don’t lose their jobs is a good move, says an attorney representing journalists and photographers.

“We have not yet seen the bill language, but we hope that the revised law will no longer treat journalists as second-class freelancers,” Caleb Trotter told the Northern California Record. “Removing any submission caps and limits on video recording would be a step in the right direction.”

A sponsor of Assembly Bill 5 said she had some regrets about the way the new law which went into effect on Jan. 1 was originally worded.

Trotter is an attorney with the Pacific Legal Foundation and is representing the American Society of Journalists and Authors and the National Press Photographers Association in a lawsuit against the passage of AB5. Known as the “gig worker bill,” AB5 requires companies that hire independent contractors to reclassify them as employees.

According to a report in Investopedia, proponents said classifying gig workers as employees means workers will be entitled to fair treatment, including a minimum wage, expense reimbursements, employee benefits, rest breaks and other benefits afforded to employees under California state law. The bill creates a level playing field between those working in a gig economy and those hired as regular employees, backers said.

However, the law in its original form drew complaints from critics who argue it has a number of flaws including cutting flexibility for freelance workers who formally could choose their own hours to work.

In the case of freelance journalists critics said it’s costing reporters their jobs.

According to a report by KPIX Channel 5 CBS San Francisco, the law has a requirement that any freelancer with more than 35 (story) submissions to a single media outlet in a year must be considered an employee.

As a result, SB Nation, a sports blogging network owned by Vox Media, announced it was ending its use of more than 200 California freelancers, switching instead to using a much smaller number of new employees.

Democratic Assemblywoman Lorena Gonzalez, a proponent of the law, said in a series of tweets she has already proposed legislative language removing the 35-submission requirement for journalists.

“We will be rolling out a number of asks, initiatives and bill language to help ease the implementation of AB5 and make clarifications to the law based on meetings with individuals and groups,” Gonzales said in the tweet.

Trotter told KPIX he has not seen the language changes to AB5, but welcomes them. He said it will result in greater freedom for freelance professionals.

“It’s a step in the right direction,” Trotter said.

The major focus of opposition to the law in the past has come from Uber and Lyft, ride-share companies. Both filed lawsuits against AB5 and a hearing was held earlier this month with attorneys for Uber and a food delivery company called Postmates.

Officials of the companies are seeking a ballot initiative for November to exempt them from the law according to the KPIX report.

In a tweet Gonzalez apologized if she offended anyone in her defense of workers’ rights.

“I am direct & straightforward, passionate about workers’ rights and too busy to directly respond to everyone, but I do listen and I care about getting this right,” she said.

Want to get notified whenever we write about Pacific Legal Foundation ?

Sign-up Next time we write about Pacific Legal Foundation, we'll email you a link to the story. You may edit your settings or unsubscribe at any time.