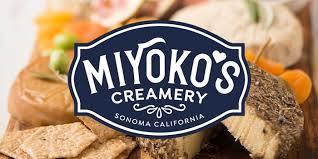 At the end of last year, the California Department of Food and Agriculture (CDFA) sent a letter to the plant-based food maker Miyoko’s Kitchen, Inc, asking the company to remove the word “butter” from some of its branding and labeling.

The letter also told Miyoko's that it should remove claims that its vegan products are “100 percent cruelty and animal free,” “cruelty free,” and “lactose free.” Furthermore, among other claims, the letter told Miyoko's that by publicly stating that its products “are revolutionizing dairy with plants,” it is misbranding under federal law.

Now, Miyoko's, the self-proclaimed maker of vegan cheese and butter, is hitting back with a federal lawsuit, alleging that the letter violates first amendment free speech rights by asking the company to “remove truthful words and images from its website and product labels.”

Miyoko's is requesting a preliminary injunction and/or permanent injunction from enforcing requests made in the letter, as well as award costs and attorney fees.

Miyoko's could not be reached for comment, but the CDFA told the Northern California Record in an email that it welcomes the case as an opportunity to work together toward a regulatory framework that accurately reflects the changing marketplace.

“The letter sent by CDFA to Miyoko’s does not represent any legal or regulatory action taken against the company,” a CDFA spokesperson stated. “It’s the initial stage of a regular flow of communications between CDFA and licensees to advise them how regulations apply to a specific product or label. Meetings, discussion, alterations and resubmissions are common features of this process. These rules are important for consumers -  they help us make sure any products that resemble milk or dairy products are safe, unadulterated, and properly labeled.”

In its lawsuit, Miyoko's said the letter shows that the state has “bowed to pressure” from lobbyists from the conventional dairy and meat industries, and is therefore taking sides in what has become “a heated national debate between proponents of plant-based and animal-based foods.”

According to Miyoko's, the state’s request for the company to make wholesale changes not only stops it from carrying out its mission, but would also cost more than $1 million in new packaging costs alone.

Want to get notified whenever we write about California Department of Food & Agriculture ?

Sign-up Next time we write about California Department of Food & Agriculture, we'll email you a link to the story. You may edit your settings or unsubscribe at any time.