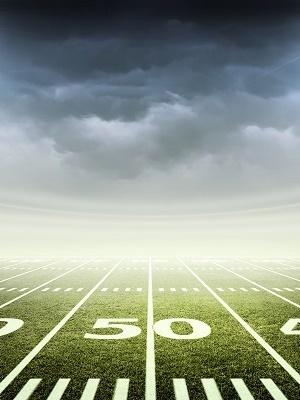 SAN FRANCISCO – A former professional NFL cornerback alleges that his benefits were denied.

According to the complaint, Dimry played for the Atlanta Falcons, the Philadelphia Eagles, the San Diego Chargers, Tampa Bay Buccaneers and the Denver Broncos from 1988 to 2000. The plaintiff alleges that between 1997 to the present, he has experienced pain throughout his body as a result of injuries from playing professional football. Dimry states he applied for total and permanent plan benefits in 2011 but was denied despite overwhelming medical records to support his claim. Dimry holds the defendants responsible because they allegedly denied his application for plan benefits based on the findings of their plan physician. Dimry claims that the defendants' physician had no vocational training and therefore was in no position to declare that he is disabled.

The plaintiff seeks the following: determination that plaintiff is entitled to receive plan benefits, damages, all legal fees and any other relief as the court deems just and proper. He is represented by Terrence J. Coleman and Michael J. Quirk of Pillsbury & Coleman LLP in San Francisco.

Want to get notified whenever we write about Pillsbury & Coleman LLP ?

Sign-up Next time we write about Pillsbury & Coleman LLP, we'll email you a link to the story. You may edit your settings or unsubscribe at any time.