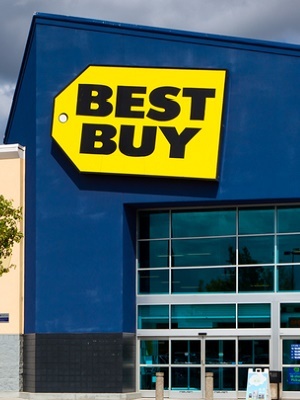 Best Buy is being sued for allegedly canceling gift cards that were purchased at a steep discount on its website. | Shutterstock

SAN FRANCISCO – An Antioch woman alleges she was called more than 100 times and is now suing a company and a bank for harassment.

Brandee Jones filed a class-action lawsuit on March 25 in the U.S. District Court for the Northern District of California against Best Buy Co. Inc. and Citibank NA, citing violation of the Telephone Consumer Protection Act and the Rosenthal Fair Debt Collection Practices Act.

The plaintiff seeks the following: injunctive relief prohibiting such actions from the defendants in the future, $500 in statutory damages for each violation, $1,500 in treble damages for each violation, all legal fees and any other relief as the court deems just. She is represented by L. Timothy Fisher, Annick M. Persinger and Yeremey O. Krivoshey of Bursor & Fisher PA in Walnut Creek and Scott A. Bursor of Bursor & Fisher, PA in New York, New York.