SAN FRANCISCO -- The California Supreme Court's decision to hear a case that questions whether unnamed class members have rights to appeal court-awarded attorneys’ fees without formally intervening in litigation amounted to winning the legal appeal lottery.

"As you know, the acceptance of a petition is significant since the Supreme Court does not grant review in many cases," Berkeley attorney Lawrence W. Schonbrun, who represents the California woman who filed the appeal, told the Northern California Record. "Last year, for example, 6,000 petitions were filed but the court only accepted 73." 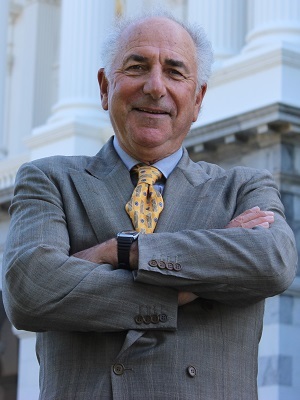 Schonbrun filed Muller's opening brief on the merits in September, then in October, counsel for the defense filed a time extension request. A date for oral arguments has not yet been set, Schonbrun said.

Schonbrun said he estimated the case will go before the state Supreme Court justices about mid-2017.

The question in the case before California Supreme Court justices is whether an unnamed class member must intervene in litigation in order to have the standing to appeal. The acknowledged precendent cited so far in this case is the 1942 Eggert vs. Pacific States decision, which suggests appellants don't have that standing for appeal. However, not all appeals courts have uniformly applied that decision, Schonbrun said.

Other court observers have said the case, depending on how the high court decides, could make it more difficult for so-called "professional objectors" to continue taking advantage for flaws in class action rules. More narrowly, the high court is being asked to clarify conflicting appeals court rulings in similar cases.

"I think the Supreme Court is interested in why different appeals courts can come to different conclusions about the same question," Schonbrun said.

The high court's decision, however it decides, would help clarify those conclusions, Schobrun said.

"I think they decided to take up this case to come up with one law and one California procedure on this issue," he said.

The case originally was filed in 2008 by Michael Hernandez, according to court documents. Hernandez claimed Restoration Hardware Inc. violated the Song-Beverly Credit Card Act when it requested and recorded customer zip codes during credit card purchases in its California retail stores. The court ultimately certified the case as class action and appointed Hernandez and Amanda Georgino as named class representatives.

In June of 2013, notice was sent to potential class members advising them about the litigation and that they could remain part of the class or exclude themselves. The notice advised that if they remained part of the class, they also could appear through counsel. Soon after, Schonbrun appeared on behalf of class member Francesca Muller, who did not move to intervene in the action, join as an additional class representative or try to substitute herself for Hernandez and Georgino as a class representative.

That changed shortly after the court reached its decision. Following a bench trial, the trial court found Restoration Hardware liable for as many as 1,213,745 violations of the Song-Beverly Credit Card Act and set a penalty of $30 per violation, which reached approximately $36.4 million.

The trial court also set attorney fees at approximately $9.1 million, or almost a quarter of the amount recovered. Muller asked the court to send a notice about the attorney fees to all class members. The court denied that request, awarded the fees and entered its judgment.

Muller appealed, claiming the court was wrong when it declined to inform all class members about the attorney fee award, that the way those fees were calculated violated applicable standards and procedures and that the court had abused its discretion. Muller's appeal was opposed by defendant Mike Hernandez, who said all the points Muller raised in her appeal were wrong and that Muller lacked standing to file the appeal.

The California's Fourth District Court of Appeal, Division One, had to address the threshold issue concerning Muller's supposed standing to file her appeal.

The appeals court, in its decision to dismiss Muller's appeal, recognized that only an aggrieved party has standing in an appeal and also distinguished between named class members and those not named but who still qualified as members of the class.

Muller then appealed to the California Supreme Court, which agreed last summer to consider the case.

"It's kind of a technical issue," Schonbrun said. "However, depending on how the court decides, it could make it more difficult or less difficult for unnamed members of a class to appeal."