“The first is that courts cannot go outside the allegations in a complaint. Here the trial court went outside the complaint and looked at other matters before discovery had even been allowed,” Easley told the Northern California Record of the recent ruling regarding her client Luz Mery Salcedo. “That is clear legal error. The Third District recognized that.”

Though Salcedo resolved matters with the widow of Felix Rodriquez, whose estate Salcedo sued for more than $1 million for a failed 2003 investment, Wells Fargo is still accused of negligently closing a safe-deposit box that allegedly held property concerning the past case. 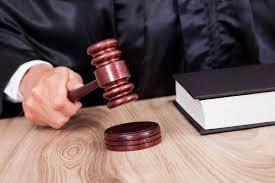 The longtime Florida attorney, who has represented Fortune 100 national health plans and national entertainment groups, is confident in confronting big brands such as Wells Fargo. “It is not intimidating in the appellate forum, a forum in which I practice primarily, to argue against large corporations or other large entities or anyone,” Easley said.

“My biggest hurdle is myself and meeting the judges' high standards. The reason I am more concerned about meeting the court's standards, and do not think about my opponent, is because the appellate judges are loyal to the law and facts of the case,”

Wells Fargo influence was not a factor in the case, she added.

“It is an issue of following the law, in this case the law being that financial institutions, as well as law firms, or other institutions being obligated by statute as parties holding property belonging to third parties who are judgment debtors, to not allow judgment debtors to walk in and take out the property and frustrate judgment creditors from collecting on their judgments,” she said.

State legislators stepping in is key in keeping the law on the up-and-up, she said, noting, “Legislatures understand that creditors need to be able to trust that their judgments can be collected in other states as long as creditors follow the respective state's procedures.”

The Salcedo case is not singular, according to the attorney, who said cases similar to this have arisen, specifically in the Second District Court of Appeal. “That said, I've never seen a financial institution brazenly disregard garnishment statutory obligations upon them," Easley said. "Normally, as soon as the writ of garnishment is served and the answer is sent, no one is allowed access to that property. The financial institution, of course represented by an army of lawyers, knows it must follow the law and cannot allow access to the property. Yet that happened here.”

Want to get notified whenever we write about California Third District Court of Appeal ?

Sign-up Next time we write about California Third District Court of Appeal, we'll email you a link to the story. You may edit your settings or unsubscribe at any time.