A California gender gap transparency bill will not become law in 2017, upsetting the sponsor who fought hard for equality in the workplace.

Assemblywoman Lorena Gonzalez Fletcher (D-San Diego) fears her daughter will face wage inequities based on her gender, which is why the Southern California legislator, who sponsored AB1209, was excited to see the legislation land on Gov. Jerry Brown’s desk, However, her enthusiasm turned to disappointment Oct. 15 when the bill was vetoed.

"Obviously I'm not happy," Gonzalez Fletcher said in a news statement. "We know there is a wage gap at all levels of work. This is indisputable. Policies that tinker on the edges will help but until we become honest with ourselves and transparent, we will spend decades tackling this issue.” 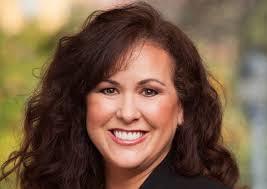 Speaking to the Northern California Record earlier in the month, the legislator said the next generation of women, including her daughter, will face wage inequality if laws against it are not passed. But

California Citizens Against Lawsuit Abuse (CALA) disagreed then and now.

“I am relieved that Gov. Jerry Brown recognized that AB1209, though perhaps well-intentioned, would open up employers to warrantless lawsuits,” said Julie Griffiths, regional director of the Sacramento-based nonpartisan grass roots group.

Griffiths said although pay equity is an important goal, “I don’t believe the way to close the gap is to let plaintiff’s attorneys loose on good employers in the state of California.”

The future of fairness is at stake since AB1209 did not pass, according to Gonzalez Fletcher. “That means my 21-year-old daughter will face wage inequities based on her gender,” she said. “That's not good enough. We are far from done and we will be bringing legislation next year to further address the gender pay gap."

“It allows a few unscrupulous plaintiff attorneys access to private wage information,” she said. “That information can be used to file baseless suits that forces an employer to spend in the six figures explaining wage differences that may be completely justified. The only winners in that scenario are the attorneys.”