SACRAMENTO -- The Third District Court of Appeal has ruled in favor of Attorney General Xavier Becerra, who was alleged to have attempted to sabotage a gas tax repeal initiative.

“There is no legal or factual basis for respondent court’s interference with the attorney general’s exercise of his statutory duties,”  presiding Judge Raye wrote in the order. 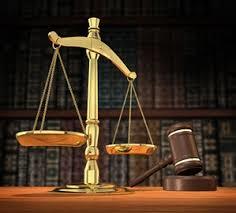 The dispute began last year when SB1, Road Repair and Accountability Act (RRAA) of 2017, created taxes and fees legislation that would increase the capital for road maintenance. Officials said this would cost $59 billion for the next 10 years, specifically since there was no increase of taxes and fees for 20 years prior. Much of the increased cost would come in gas taxes.

However, after SB1 was passed, Allen filed for a ballot initiative seeking repeal of some of SB1 provisions, specifically the increased gas tax. However, Allen was not happy with Becerra’s working title and summary “Eliminates recently enacted road repair and transportation funding by repealing revenues for those purposes,” arguing it was misleading since the words fee and tax were not in the text.

A judge in the initial case threw out the attorney generals description and ordered it replace with text written by the court, particularly by emphazing "taxes" over the word "revenues" or "funding." Among other changes, the court's text rewrote the headline to the description that Allen's bill "Repeals recently-enacted gas and diesel taxes ... ," whereas Becerra's original headline emphasized that it "Eliminated recently enacted road repair and transportation funding ... ."

The lower courts description added that the Independent Office of Audits and Investigations was "newly created" by the RRAA of 2017, before text discussing describing the elimination of that office by Allen's bill.

Beginning the discussion citing Horneff v. City & County of San Francisco 2003, Raye pointed out that the attorney general' title and summary should be no more than 100 words for each proposed initiative measure.

“Implicit in these guidelines is that the attorney general exercises judgment and discretion in discerning the chief purposes and points of an initiative measure which must be presented to the electorate in clear and understandable language,” Ray wrote in the order, further citing Epperson v. Jordan 1938.

Raye continued that courts do not have a wide range of will in ruling on pre-election challenge of title and summary, citing Martinez v. Superior Court 2006.

“Rather, though we independently examine the question of whether the title and summary substantially complies with statutory standards we may grant relief ‘only upon clear and convincing proof that the [challenged materials] in question [are] false, misleading, or inconsistent with the requirements of this code.’”

Raye continued stating that the panel rejected Allen’s argument that evaluated the title separately from the summary in determining Becerra’s statutory burden. In fact, Raye stated that after reading the text, the three judges believed Becerra was in no way misleading or crated prejudice against the measure voters were being asked to consider.

“There will always be a multitude of ways in which any initiative or ballot proposal ‘could have’ been described.” Raye wrote. “That is the nature of language. But the Elections Code has not made the courts the drafters of titles and summaries. That role has been assigned to the attorney general.”

Raye issued a stay of the lower courts decision that will remain in effect pending a final decision.

Editor's note: A previous version of this article incorrectly stated that Becerra rewrote the description after Allen filed suit, and that the Third Circuit decision was based on an appeal by Allen of that second description.