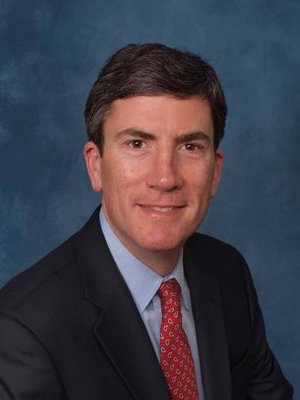 SAN FRANCISCO – An investment adviser was partially granted its motion for summary judgment in a suit over the handling of an employee pension benefit plan.

"...Aon’s motion for summary judgment is granted with respect to actions taken before March 31, 2011, including its role in selecting the Wells Fargo Advantage Strategic Large Cap Growth Fund in January 2011, and with respect to allegations of any kind concerning the JP Morgan SmartRetirement PassiveBlend target date funds. In all other respects, the motion is denied," Tigar ruled.

Aon Hewitt Investment Consulting Inc. was one of several defendants named in Maria Karla Terraza’s case against Safeway Inc. and the Albertsons Companies Retirement Benefits Plans Committee. Aon was named in the case as the adviser for Safeway’s benefits plan.

Terraza accused Aon, Safeway and the PC of “violat[ing] their fiduciary duties in their selection and retention of certain investments in the plan,” as it relates to the selection of JP Morgan SmartRetirement PassiveBlend plan, according to the ruling.

Aon individually requested the court grant it summary judgment. It argued that Terraza’s lawsuit is barred from a six-year statute of limitation under the Employee Retirement Income Security Act and that she does not have enough proof that could determine Aon acted wrongfully. Aon also alleged Terraza also does not have evidence that Aon caused financial loss by any alleged imprudence on its part.

When it came to the timeframe and whether it was barred, the court pointed out that Terraza did not name Aon as a defendant until her second amended complaint, which was filed in 2017. Still, her issue in the lawsuit dates back to Aon’s alleged actions in 2010. Terraza cited the relation back doctrine, which says an amended complaint that adds a new party can “relate back to the filing date of the original complaint only if it arose from the same conduct or transaction, and within 120 days of the original complaint, the new party had notice of the litigation such that it would not be prejudiced and knew or should have known that ‘but for a mistake concerning the identity of the proper party,’ it would have been named as a defendant,” said the court.

For Terraza, Tigar ruled that is not the case in her litigation against Aon. As far as Aon is concerned, while she alleged that Aon knew it would be responsible for any fiduciary breaches, Aon was not even sued in the original complaint because Terraza did not know that Aon was factor until after the discovery phase. Since Terraza cannot use the relation back doctrine, Tigar held that Aon isn’t responsible for its performance in 2010 when it chose JP Morgan Smart Retirement PassiveBlend target date funds.

As for proving that Terraza has taken the necessary steps to protect interests other than her own, Aon alleged she needed to get a certified class and become the representative plaintiff verses just filing on her behalf alone. Still, the court pointed out that Terraza did actually ask for the defendants to be ordered to return the losses they caused back to the plan, not to her individually.