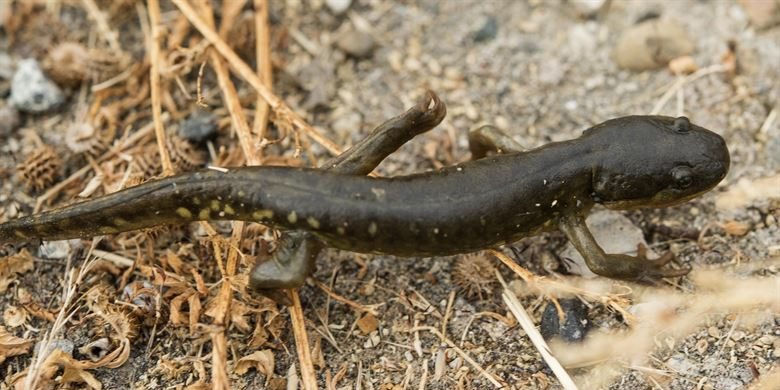 OAKLAND – A group of conservation institutions filed an intent to sue the U.S. Fish and Wildlife Service on April 22, alleging that the federal agency has neglected its responsibility to respond to a petition meant to protect a rare salamander.

The Center for Biological Diversity, Klamath-Siskiyou Wildlands Center, Environmental Protection Information Center and Cascadia Wildlands filed a petition in March 2018 requesting the protection of the Siskiyou Mountains salamander, a rare species that resides in the Klamath-Siskiyou region of Oregon and northern California. The salamander species is allegedly threatened by imminent plans by the U.S. Forest Service and U.S. Bureau of Land Management to increase logging operations in Oregon.

KS Wild, the Center for Biological Diversity and Cascadia Wildlands have all voiced their concerns that since their petition has gone unheeded, the best course of action is to take the issue to court.

“This unique Pacific Northwest salamander deserves protections from impending extinction. Not only does the species play an important ecological role by contributing to nutrient flow and soil health, this salamander is a distinct part of this region’s natural heritage,” Nick Cady with Cascadia Wildlands said in a press release.

George Sexton, Conservation Director of KS Wild, commented on the decision to take the issue to court.

“The Bureau of Land Management (BLM) ‘withdrew’ from the NW Forest Plan in 2016 when they signed a Record of Decision for a new Resource Management Plan,” Sexton told the Northern California Record. “So now the BLM refuses to implement the ‘survey and manage’ program of the NW Forest Plan that used to protect salamanders and their habitat.”

Sexton said that while the salamanders should be protected, protocol is often pushed to the side in situations such as this.

“The Forest Service is still supposed to protect salamanders and their habitat from logging and road construction via the survey and management program, but after fires, particularly on the Klamath National Forest, Forest Service timber planners tend to throw out the rulebook in a rush to conduct ‘salvage logging’ in salamander habitat,” Sexton said.

Sexton and the other conservation group leaders are optimistic about the outcome of the lawsuit.

“We'd like to see the threats to the salamanders recognized and their habitat retained so that the species can survive into the future,” Sexton said.

U.S. Fish and Wildlife Service • The Center for Biological Diversity