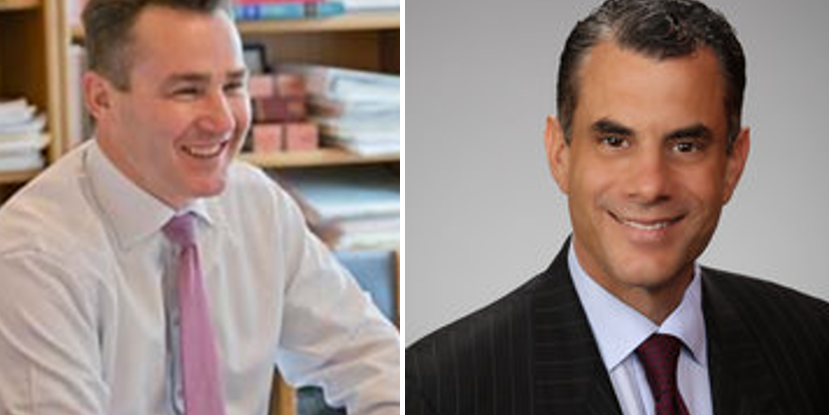 The trial in the Alameda County Superior Court was streamed live courtesy of Courtroom View Network.

The 12-member jury voted 11-1 on almost every count, that Johnson & Johnson and Colgate-Palmolive were negligent, the powder products failed to perform safely, the risk was known by the companies and they failed to warn, and that the companies intended to deceive and Schmitz would have behaved differently not using the powder had she known the truth.

On the issue of malice and fraud, the jury decided against in the case of Colgate-Palmolive and deadlocked 6-6 regarding Johnson & Johnson.

Schmitz, 61, a former teacher, mother of two and grandmother, sued Johnson & Johnson and Colgate-Palmolive claiming her 40-year use of the products caused her to develop mesothelioma, a cancer of the linings of the lungs. She was diagnosed with the disease last year.

Avon representatives did not testify at the trial and Alameda Superior Court Judge Frank Roesch would not disclose to the jury in dismissing them on Wednesday why Avon had been left out of the proceeding.

The trial is the latest among hundreds of cases pending against J&J around the country. Most have been filed by women alleging the powder caused them to develop ovarian cancer, though lawsuits alleging mesothelioma - a much rarer disease - have been on the rise.

Many lawsuits have originated in Northern California, however the Schmitz trial is only the second hearing in the area. Most trials in the past have been held in Los Angeles courts.

During the seven-week trial, attorneys for Schmitz said asbestos in the powders caused her deadly disease while attorneys for Johnson & Johnson and Colgate-Palmolive countered that the mesothelioma was spontaneous in nature, caused by an unknown reason.

Attorneys sparred over issues including “cleavage fragments,” particles of rock crushed during the mining and milling of talc, a mineral. Cleavage fragments can resemble in size and shape asbestos fibers. Defense attorneys maintained cleavage fragments are not asbestos but have been misidentified as such by plaintiff attorneys and their expert witnesses.

Plaintiff attorneys maintained that cleavage fragments can be asbestos and toxic.

Another point of contention was the development in the 1970s of a pre-screening method for testing the purity of talc powder called “heavy liquid separation.” Talc powder is put into a tube and heavy liquid added. The tube is then spun at high speed separating the talc from heavier materials, which sink to the bottom. The residue can then be examined by microscope.

Plaintiff attorneys said the method is like looking for a needle in a haystack and removing the hay to spot the needle (asbestos).

Officials of Johnson & Johnson declined to use the method saying they didn’t believe it was effective. Critics of the company say it should have been adopted, although defense attorneys pointed out that no government agencies including the Food & Drug Administration (FDA) have approved use of the heavy liquid technique.

Plaintiff and defense attorneys seemed to agree heavy liquid separation is not effective in spotting chrysotile, one of the six forms of asbestos, because it has a different density than the other minerals.

Attorneys from both sides presented their own expert witnesses, scientific researchers, to make their case. Testimony for the plaintiff included Dr. William Longo, a microscope researcher based in Georgia, also a filmed deposition by Alice Blount, a researcher who reported finding asbestos in the baby powder using heavy liquid separation in the 1990s. Also appearing for the plaintiff were Lee Poye, a Houston researcher and Dr. Gerald Abraham, a Florida psychiatry doctor.

Appearing for the defense were Matthew Sanchez, a materials tester with the R.J. Lee Group lab in Pennsylvania, John Hopkins, product safety director at Johnson & Johnson from 1976 to 2000, and Brooke T. Mossman, a lung disease researcher in Vermont.

Both sides accused each other of cherry-picking scientific reports to buttress their own cases, ignoring evidence to the contrary, and hiring expert witnesses who were highly paid professional testifiers for either the talc industry or plaintiffs filing lawsuits against it.

Disagreement also centered on the number of reported cases of mesothelioma among miners and millers of talc powder. Talc for Johnson & Johnson baby powder has been taken from mines in Italy, Vermont, North Carolina, Korea and since 2003, China.

Defense attorneys said there were no reported cases of the disease among miners even with high exposure to talc powder. Plaintiff attorneys argued there were cases reported, and that tracking studies of the workers were inadequate, too brief in duration to give a full picture.

Asbestos exposure and resulting mesothelioma has a “latency period” from first exposure to the onset of illness with a minimum of 10 years, but can take 40 years to develop.

Johnson & Johnson attorneys included Alex Calfo with the law firm of King and Spalding based in Atlanta, also Gary Sharp, Andrew Sharp and Pete Mularczyk of the firm of Foley Manfield in Walnut Creek, Calif.