FRESNO – A therapist will not have to comply with a subpoena for him to appear at a deposition and to produce confidential records in an ongoing wrongful termination lawsuit.

Magistrate Judge Barbara A. McAuliffe of the U.S. District Court for the Eastern District of California granted psychologist Dr. Bruce W. Honeyman's motion to quash on May 31.

While Jeffrey Cox was the one who sued Roadrunner Intermodal Services LLC, this portion of the case involved McAuliffe granting Honeyman’s motion to quash Roadrunner’s attempt to get a court to order him to not only appear at a deposition, but to bring confidential documents with him. Cox and his wife saw Honeyman for marriage counseling after Cox said he was wrongfully terminated. Cox said he incurred more than $14,000 in damages as a result of obtaining counseling. 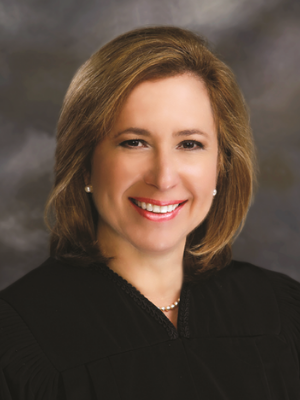 Honeyman argued that he is not a party in the lawsuit, is not a retained expert, and could lose his license if forced to testify and provide documents without the Coxes' authorization. McAuliffe sided with Honeyman and said he wouldn’t have to appear at the deposition, as Honeyman said his appearance would be breach his responsibilities as a therapist. While Cox's wife didn’t waive the privilege of confidentiality, Roadrunner claimed that her husband did, which the defendant alleged was sufficient.

“...Dr. Honeyman should not be permitted because the deadline to complete non-expert discovery expired more than three months ago, and Dr. Honeyman is no longer designated as a retained or non-retained expert,” McAuliffe wrote.

McAuliffe added that Honeyman’s expert status wasn’t as relevant as the notion that the amended subpoena was untimely. Roadrunner didn’t serve the subpoena before the expert discovery cutoff date.

“In the absence of Mrs. Cox’s authorization to waiver of the privilege, the subpoena would require disclosure of privileged or other protected matter,” said McAuliffe. “It is evident to the court that Mrs. Cox has not waived the psychotherapist-privilege and has not authorized Dr. Honeyman to provide testimony or documents concerning the marital counseling provided to Mr. and Mrs. Cox.”

Roadrunner informed Cox about the subpoena for Honeyman, but Honeyman himself was never actually served. Still, he did object in a timely manner and told all the lawyers involved that he didn’t have the OK to release the Coxes therapy records, and Cox's wife made it clear she wouldn’t forfeit her privacy and offer a waiver.

Roadrunner contacted Honeyman’s lawyer via email and said it wanted to move forward with Honeyman’s deposition even though Cox's wife did not give consent. Roadrunner then served Honeyman with a subpoena, which he responded to with a motion to quash.

Want to get notified whenever we write about U.S. District Court for the Eastern District of California, Fresno Division ?

Sign-up Next time we write about U.S. District Court for the Eastern District of California, Fresno Division, we'll email you a link to the story. You may edit your settings or unsubscribe at any time.