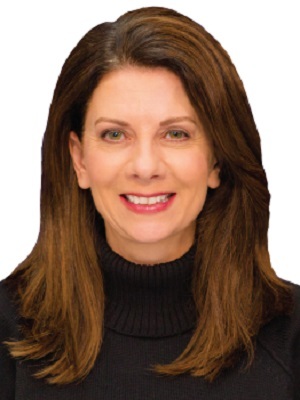 "When an oncology ward in a hospital is required to post signs warning people who already have cancer, that some items in the ward may cause cancer, we’ve reached the point of absurdity," Melendez said.

California lawmakers may need to move on litigation generated by its longstanding Proposition 65 list in which companies have had to prove in court that their products are not harmful.

"California needs to adopt a standard of 'loser pays' in these kinds of lawsuits," Melendez said. "California businesses are treated as guilty before their products are deemed to have harmed anyone. As such, Prop 65 has become a haven for lawsuits that allege a product is harmful before it's actually determined that it is, and attorneys should be on the hook when their frivolous lawsuits fail."

Melendez also called upon Democrat lawmakers in the state to recognize the problem.

"The majority party in this state needs to realize that businesses, which provide thousands of jobs and economic benefits, cannot afford to do business in this state if they are immediately under the watchful eye of attorneys looking to file lawsuits," she said. "Adopting a 'loser pays' standard could deter frivolous lawsuits and at least attempt to make California more business friendly."

Acrylamide is commonly used to as part of the manufacturing process to produce paper, dyes and other produce and can be formed when certain foods are cooked at high temperatures, according to the National Institute of Environmental Health Sciences. Food and cigarette smoke are major sources of acrylamide exposure but the amount of the chemical in coffee is very small.

Under California’s Safe Drinking Water and Toxic Enforcement Act of 1986, known as Proposition 65, chemicals on the Prop 65 list of naturally occurring and synthetic chemicals known to cause cancer, birth defects or other reproductive harm are required to carry warning notifications. The current proposition 65 list includes acrylamide.

The OEHHA came to the correct conclusions despite conflicting data, Melendez said.

"For every study saying coffee is bad for your health, there is another promoting its benefits," she said. "I’m surprised this ruling hasn't come sooner and it's a big win for California businesses, especially for a state like California, which is definitely not known for its helpful business climate."

While the OEHHA's conclusions appear to resolve the question about whether coffee should carry a warning label in California, questions about lawsuits spawned by Prop 65 remain. California remains the No. 1 "judicial hellhole" on American Tort Reform Association's annual list in part because of the state remains "a magnet for class actions targeting food and beverage marketing."

Despite the state's poor litigation ranking, Melendez said there is little will among Democrat lawmakers in Sacramento to do anything about it.

"There are lots of things the legislature could do to remedy the state's placement at the top of the Judicial Hellhole Report, as well as being more business friendly," she said. "Unfortunately, the majority party in this state cares very little for the business community. Whether it's the expansion of PAGA, data privacy laws or the continued lawsuits filed under the American Disabilities Act, none of the majority party legislators want to unravel any of these consumer attorney gold mines."

Want to get notified whenever we write about California Environmental Health Hazard Assessment Office ?

Sign-up Next time we write about California Environmental Health Hazard Assessment Office, we'll email you a link to the story. You may edit your settings or unsubscribe at any time.