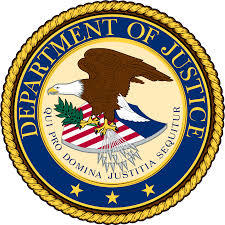 The state high court issued its disbarment order June 24 and Liang's effective disbarment date will be July 24, according to a recent announcement on the State Bar of California's website. The court also ordered Liang to pay costs.

Liang convictions on obstruction and other charges involve "such a flagrant disrespect for the law or for societal norms, that knowledge of the attorney's conduct would be likely to undermine public confidence in and respect for the legal profession," the four-page recommendation said. "Accordingly, Liang's felony convictions qualify him for summary disbarment."

Under California law, Liang's conviction rendered him not entitled to a state bar court hearing to determine whether he could receive a lesser discipline and he did not respond to a state bar request for summary disbarment, according to the decision and order.

Liang he has been on interim suspension since December 2015 following his conviction on conspiracy to obstruct justice, obstruction of justice and corruptly persuading another person with intent to hinder, delay, and prevent communication to a judge.

The following February, Liang was sentenced to 21 months in federal prison for obstructing justice, according to a U.S. Department of Justice Department news release issued at the time. Allegations against Liang stemmed from a scheme in which he allegedly helped a Chinese national flee the U.S. after her designation as a material witness in a criminal investigation into “birthing houses” in Southern California, according to the news release.

Liang appealed his conviction and sentence, but in March 2018 the U.S. Ninth Circuit Court of Appeals upheld both, "holding that evidence in the record supports a finding that Liang acted with a corrupt state of mind," the recommendation said.