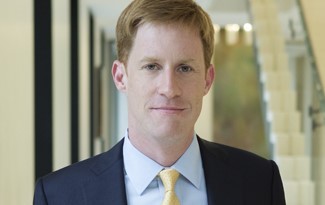 TORRANCE – A jury ruled in favor of baby powder giant Johnson & Johnson on Wednesday in a lawsuit launched by a woman who claimed asbestos in cosmetic talc powder caused her to develop mesothelioma, a deadly cancer of the lungs.

The 12-member jury voted 10 to 2, finding the company was not to blame on allegations of negligence, product manufacturing defects, failure to perform safely, failure to warn and whether product risks outweighed the benefits.

Attorneys for plaintiff Carolyn Weirick had asked for $1.3 million in total economic damages for past and future physical pain, mental suffering; loss of enjoyment of life, impairment, inconvenience, grief, humiliation and emotional distress.

In assessing possible punitive damages, Weirick's attorney Jay Stuemke said on Monday that Johnson & Johnson had a net worth of $75 billion and was a too big a company to meaningfully punish. However, he told a jury they could send the company a message with a punitive amount.

Originally the trial was heard in Pasadena last year where attorneys asked for $28 million in damages. After a jury deadlocked, the trial was moved to the Los Angeles Superior Court in Torrance where it began on Sept. 9.

Weirick, a former school counselor, sued Johnson & Johnson over its baby powder and its adult product Shower to Shower that she reportedly used for 40 years.

The case is one of hundreds against Johnson & Johnson pending across the country, most filed by women alleging asbestos-tainted baby powder caused them to develop ovarian cancer. Mesothelioma is a far rarer disease with 3,200 cases reported annually in the U.S.

The month-long trial pitted plaintiff attorneys who alleged the company sold baby powder it knew was toxic causing Weirick's cancer, versus attorneys for Johnson & Johnson who maintained plaintiff lawyers wanted to identify everything they found as asbestos, cherry-picking evidence to support that contention.

Both sides accused each other of using bad science and presenting experts who were highly-paid and biased professional witnesses.

Chief among witnesses for the plaintiff were Dr. William Longo of the Georgia-based MAS lab, an independent materials testing facility. Longo, a frequent plaintiff witness at talc powder trials, testified that he had found asbestos in the baby powder and that his method of testing was more sensitive than that of experts for J&J. Also appearing for Weirick were Dr. Jacqueline Moline, a New-York-based researcher, and Dr. Arnold Brody, a cellular researcher at Tulane University.

Dr. Matthew Sanchez of the Pennsylvania-based R.J. Lee Group testified for Johnson & Johnson to counter the testimony of Longo. He said no asbestos had been found in the baby powder and that Longo and others were misidentifying it as asbestos partly because the harmless particles looked fiber-like in shape.

Asbestos fibers are long and thin with a length to width ratio of 5 to 1 or greater.

John Hopkins, quality control officer for Johnson & Johnson from 1976 to 2000, also testified to say exhaustive testing of the product by outside labs and governmental health and safety organizations had turned up no asbestos in the powder.

Talc is a mined mineral taken from mines in Italy, Vermont and more recently China.

Issues of contention between the two sides included the question of cleavage fragments, crushed talc rock particles before being ground into a powder.

Attorneys for Weirick maintained they are considered toxic but those defending Johnson & Johnson said they are not asbestos.

Attorneys also clashed over the methods of testing used.

Researchers use high-powered microscopes including the transmission electron microscope (TEM) and the polarized light microscope (PLM). However, critics of J&J accused the company of failing to use “concentration,” a method of testing developed in the 1970s in which heavy liquid is spun in a tube separating talc from heavier materials which can then be analyzed.

Officials of Johnson & Johnson declined to use the concentration method saying it was ineffective and could not spot chrysotile, one of six asbestos minerals and among the most common forms. They added that the Food and Drug Administration (FDA) in its testing also did not use the concentration technique.