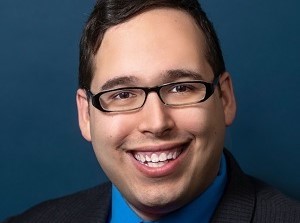 SACRAMENTO – A recent lawsuit filed by the Pacific Legal Foundation is fighting the state’s requirement that publicly traded companies are to have a certain number of women on their boards of directors as ruled in Senate Bill 826. The law is the first of its kind in the country and those who oppose it allege discrimination against men and the patronizing of women.

“In 2020, all publicly traded companies incorporated or headquartered in California will be required to meet a quota of female board members or face fines,” opens the lawsuit, which was filed in the U.S. District Court for the Eastern District of California. “This ‘woman quota’ (SB 826) applies to all businesses across every industry. It applies in perpetuity and irrespective of whether there is any evidence of discrimination in the relevant industry. The law is not only deeply patronizing to women, it is also plainly unconstitutional.”

The lawsuit was filed Nov. 13 against California Secretary of State Alex Padilla. Creighton Meland Jr., an Illinois resident and shareholder of California-headquartered OSI Systems, is the plaintiff.

“This law puts equal numbers above equal treatment,” said Anastasia Boden, a senior attorney at Pacific Legal Foundation, in a press release. “This law is built on the condescending belief that women aren’t capable of getting into the boardroom unless the government opens the door for them. Women are capable of earning a spot on corporate boards without the government coercing businesses to hire them.”

The Pacific Legal Foundation is a national nonprofit legal organization founded in 1973 that "defends Americans threatened by government overreach and abuse,” according to its mission statement.

With this lawsuit, the foundation hopes to deter other states from introducing similar laws, not just regarding women, but race as well.

“We’re concerned about setting a federal precedent that would apply not just to California, said Daniel Ortner, one of the Pacific Legal Foundation’s attorneys who is working on the case. “I do know that when the law was being proposed, there was a pretty big coalition of entities like the Chambers of Commerce all over the state that opposed the law. I think they’ve been relatively silent since it’s been enacted hoping that our lawsuit will spur them to speak out.”

Women hold less than a third of executive positions in corporate America and white men hold 63 percent, according to recent reports. While California was the first to adopt such a measure, five additional states have followed in the Golden State's footsteps by passing similar but less-stringent bills. Others are looking to do the same.

Want to get notified whenever we write about Pacific Legal Foundation ?

Sign-up Next time we write about Pacific Legal Foundation, we'll email you a link to the story. You may edit your settings or unsubscribe at any time.