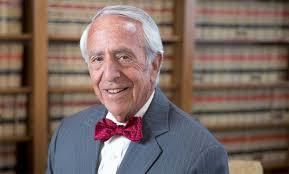 SAN FRANCISCO - A federal judge has approved a $96.5 million settlement in "clean diesel" litigation against Volkswagen for approximately 100,000 consumers, a day after plaintiff attorneys for 10 class action opt-outs argued he was biased in a move for mistrial.

District Judge Charles Breyer's March 2 final approval order provides $10.9 million in attorneys' fees and $2.1 million in costs, for a total of $13 million for a group of attorneys led by Lieff Cabraser Heimann & Bernstein in San Francisco. Class vehicles are eligible for payments ranging from $518.40 to $2,332.80.

The consolidated litigation presided over by Breyer arises from Volkswagen’s evasion of U.S. and California emissions standards by equipping clean diesel vehicles with hidden defeat devices that gamed emissions testing procedures. The so-called "scandal" led to more than 1,000 lawsuits, which were consolidated in his court at the Northern District of California. Most of the suits were resolved by Breyer in two settlements.

Meanwhile, in a jury trial for the opt outs that began Feb. 25, plaintiff attorneys from the Knight Law Group in Los Angeles and The Altman Law Group first tried to have Breyer disqualified, arguing that he was "predisposed toward the class settlement."

Breyer denied that move, finding that KLG and Altman failed to demonstrate the degree of "favoritisim or antagonism required to justify his disqualification."

Then, on Feb. 28, KLG moved for mistrial, arguing that comments made by Breyer at trial "essentially reflected the Defendants' arguments" and were "unnecessary and improper."

"Plaintiffs have brought this motion because the Court’s repeated comments and conduct has made it necessary to do so," KLG argues. "At this point, Plaintiffs do not believe that any judgment in this case will be based on a fair trial. The Court’s comments and remarks have unfairly influenced the jury against the Plaintiffs’ position."

"The Court’s comments have influenced the jury," KLG argues. "They have suggested that defendants’ are right and Plaintiffs are wrong – and reflected the Court’s views regarding Dr. Bresnahan’s testimony and fundamental damages issues in this case.

According to a report in Law360, Breyer rebutted the plaintiff attorneys allegations.

Breyer reportedly said that a "general impression of how things are going" will not be the basis for a mistrial.