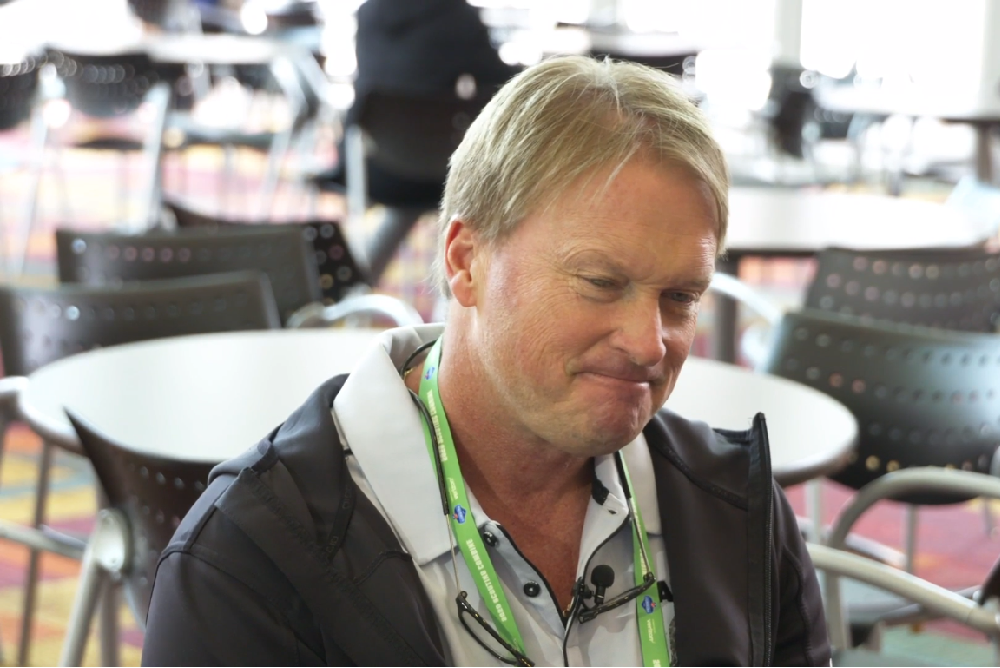 Jon Gruden will coach the Las Vegas Raiders this year.

SAN FRANCISCO - A federal court hearing on the NFL's attempt to dismiss the city of Oakland’s lawsuit over the relocation of the Raiders has been delayed until April 16, according to one of the attorneys representing the city.

Even though the NFL team is now calling itself the Las Vegas Raiders, attorneys representing Oakland are still pressing their case that the team’s move violates antitrust laws and has cost the city hundreds of millions of dollars in lost investment and tax funds.

“There was a motion-to-dismiss hearing that was previously set for March 6 on defendant’s motion,” attorney Michael Pearson of Pearson, Simon and Warshaw LLP in Sherman Oaks told the Northern California Record on Tuesday, “and the court has postponed that until April 16, as of today.”

Raiders officials did not immediately respond to a request for comment.

The city filed an amended complaint for damages in September of last year, and that damages complaint remains in play, according to Pearson.

“We sure hope that our papers and our amended complaint stated a position that the court will find persuasive,” he said.

U.S. District Judge Joseph Spero last July said the city’s attorneys had failed to prove that the NFL team had engaged in a violation of antitrust laws, and he gave the city until September to file the amended complaint. That court document filed with the Northern District of California in San Francisco charged that the Raiders used collective market power to deprive the city of its longtime NFL team.

“In order to remain the host city of an NFL team … Oakland was asked to pay supra-competitive prices, including stadium investments, which are effectively a forced subsidy,” the complaint stated. “When Oakland could not pay those prices, Defendant punished the city: They voted to allow the Raiders to move to Las Vegas, which left Oakland without an NFL team and caused significant losses to Oakland.”

In its motion to dismiss, attorneys for the NFL described the new complaint as "louder and longer than its predecessor."

"But its basic claim – that the NFL should be compelled to admit additional clubs because one of those clubs might play in Oakland or the Raiders might have had no choice but to stay there – remains flawed at every level," the October motion states. "Oakland has failed to follow any of the steps laid out in this Court’s detailed roadmap of what allegations would be needed to survive a motion to dismiss."

The motion zeroes in on the antitrust claim that challenges the requirement that the NFL votes to admit new clubs.

"Oakland nowhere asserts that any new club has sought to join the NFL, much less that such a club wishes to play in Oakland," the motion states.

Also unsupported is the speculation that "some number of hypothetical new clubs might have played in Las Vegas and every market more attractive than Oakland, thereby foreclosing the Raiders’ move."

The motion noted that the district court has already found that "Oakland failed to sufficiently allege that defendants’ restraint on the supply of professional football teams resulted in any anti-competitive injury to Oakland."

In its December response to the motion, Oakland's attorneys stated that the league's arguments failed to even address the structure of the NFL and how it "uses its control over teams to constrain supply and drive hosting costs to supra-competitive levels."

Oakland was injured by this conduct, which the city, citing economists, claims amounts to “extortion," "sabotage" and "exploitation," the response states.

As a “closed” sports league, the NFL "artificially restricts the supply of teams to force cities to make a Hobson’s Choice: pay defendants’ anti-competitive price or lose your team."

The city argues "Defendants’ misconduct intentionally harmed a finite group of entities (Oakland, Alameda County and Las Vegas)....and Oakland is suing for damages directly caused to its proprietary interest as a host city."

If the process had been truly competitive, the Raiders would have stayed in the Oakland-Alameda County Coliseum, the complaint said.

A $2 billion stadium capable of seating 65,000 Raiders fans is currently under construction in Las Vegas, with a completion date set for July.

Want to get notified whenever we write about U.S. District Court for the Northern District of California San Francisco Division ?

Sign-up Next time we write about U.S. District Court for the Northern District of California San Francisco Division, we'll email you a link to the story. You may edit your settings or unsubscribe at any time.