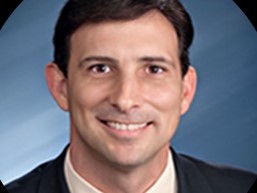 SACRAMENTO – One unintended effect of AB5, which makes it more difficult for businesses to classify employees as independent contractors, is that it may lead to reduced benefits for all workers, according to recent reports.

“The bill could affect work flexibility where freelancers once had the ability to set their own hours,” said CPA Michael Silvio in an interview with the Northern California Record. “It can also change workers’ retirement planning.”

“The first involves the option to retire from full-time employment but retain a contractual relationship with the former employer,” according to a recent Forbes report. “This situation appears to fail all three questions of the ABC test.

“The second type of retirement relies on gig jobs to provide supplemental income for the retiree. For example, a retiree could previously earn money as an Uber driver or through freelance writing. These choices may still be available, but only on a more limited basis.”

Additionally, Silvio said that another unintended consequence of the bill is that employers are now likely to hire their former independent contractors on a part-time basis, meaning not only has the employee lost the flexibility of being in a freelance role, but they still won’t qualify for benefits, 401k or other full-time employee compensations.

“I think what you’re going to see is a lot of employers saying ‘we don’t want to hire you full time because we don’t want to pay you all the benefits,’’ said Silvio. “And that’s a big one – that’s a huge one – and you’re going to see I think significant implications for that because I’m already talking to my clients and they’re already saying, ‘well I’m just not going to hire these people full time.’”

In wake of the implementation of AB5, reports have predicted that the number of new businesses established by affected independent contractors will likely be on the rise.