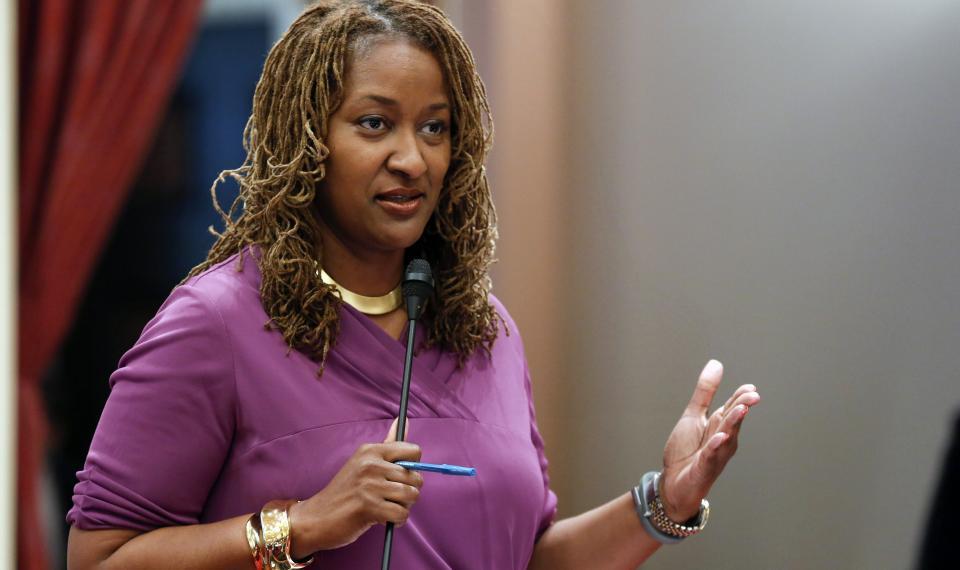 LOS ANGELES – The Crown Act, made famous in the movie “Hair Love,” a California state senator said is designed to prevent discrimination against women in the work place because of their hair styles, particularly African American women.

“Statistics show us black women first experience negativity about their appearance at eight years old making these girls 80% more likely to change their natural hair to conform to Eurocentric styles,” Senator Holly Mitchell (District 2) told the Northern California Record. “That is why I authored the C.R.O.W.N. Act, putting an end to shame and hair discrimination from the school yard to the workplace.”

According to JD Supra the CROWN Act titled “Create a Respectful and Open World for Natural Hair,” prohibits discrimination based on natural hairstyles and textures.

Bills across the country are pending in 21 statehouses similar to that sponsored by Mitchell, a Los Angeles-area Democrat. In addition several municipalities are also considering such legislation. The U.S. Senate and House of Representatives could adopt their own versions of the bill.

The California Legislature determined that prohibiting natural hairstyles can become a form of racial discrimination. The Legislature relied on a research survey of 2,000 black and 1,000 non-black women aged 25−64, in which the black women were more likely to receive a formal workplace grooming policy during job applications and the interview process, also during job orientations. The survey showed black women were 1.5 times more likely to be sent home because of their hair.

“We are speaking of groomed hairstyles like my locs, which would, without question, fit an image of professionalism if bias or negative stereotypes were not involved,” Mitchell said. “With several states following our lead, conversations are starting surrounding the qualities and texture of black hair. Policy changes have to be made to have an equitable society where all children, no matter their hair texture, thrive.”

Released in August of 2019, the movie Hair Love is about an African American father who attempts to style his daughter’s hair. The production won an Oscar for Best Animated Short Film in February of 2020.

Want to get notified whenever we write about California State Senate ?

Sign-up Next time we write about California State Senate, we'll email you a link to the story. You may edit your settings or unsubscribe at any time.