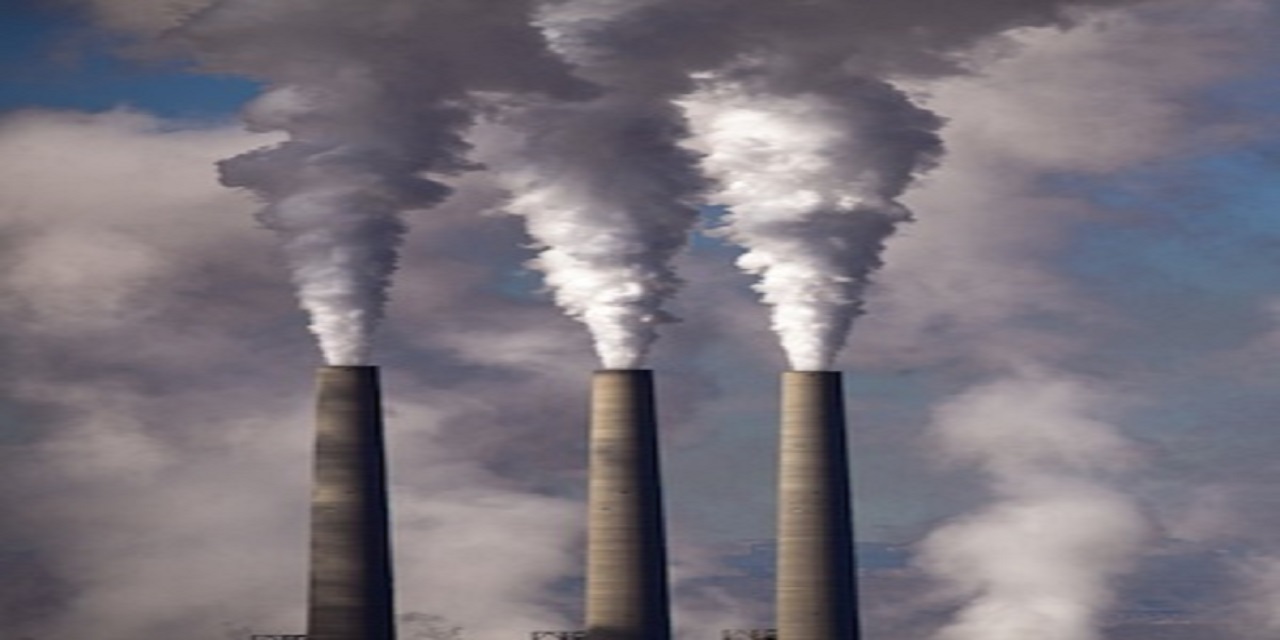 SACRAMENTO – Free market thinkers and those who believe in some government intervention are involved in an increasingly sour battle over the issue of climate change.

And one political office now under focus is the attorney general of the states, including California, where incumbent, Democrat Xavier Becerra faces off against Republican Steven Bailey in next month's general election.

The wrangle is over whether a state should become involved in suits against fossil fuel companies over accusations that they are financially responsible for some of the future costs of climate change.

But those that are adamantly against these moves counter with the question of how can direct liability, under any law and precedent, be pinned on any particular company. There is also the wider argument over the extent of human's culpability for climate change, and, among some, whether it is happening at all.

Into this charged debate comes Chris Horner, a senior fellow with the free market and libertarian think tank, the Competitive Enterprise Institute.

Horner has been investigating the nexus between private donors, including former New York Mayor Michael Bloomberg, lawyers, and attorneys general offices in various states. And he does not like what he sees at all.

Donors are introducing plaintiff lawyers to attorneys general offices, which are then briefed on the benefits of launching "state causes of action against major carbon producers," according to a report authored by Horner and published earlier this month.

This is an "obviously mercenary use of law enforcement office," he told the Northern California Record.

"There has been a campaign to release public records relating to the connections since a March 2016, press conference attended by "nearly 20 state AGs, along with "green investor" and policy activist Al Gore," Horner said.

The conference was intended "to launch a campaign to use law enforcement offices to assist the climate litigation industry in going after opponents of their political agenda."

"That effort collapsed under the scrutiny of FOIAs and subsequent media attention, but was reconstituted and given a home late last year by Michael Bloomberg," Horner told the Northern California Record.

"Since that announcement, I have been pressing OAGs for records detailing how such an obviously mercenary use of law enforcement office came about," he added. "The report details this, and the adoption and extension of two funding models we discovered in the past year."

Donors, Horner said, "place privately funded staff in elected offices" and "fund a network of off-books staff, PR firms and report writers at the politicians' disposal, running it through a nonprofit."

Becerra has raised a total of $5.4 million, more than half of which is from industries that can identified by the website. His largest donors are lawyers and lobbyists at more than $600,000, more than $500,000 from trade unions, both public and private, and around $200,000 from the real estate industry.

By comparison, Bailey has raised just $387,000, according to votesmart.org, with most of that money from unknown, uncoded donors.

Becerra has identified the key issues he will be involved in if elected. These include health, protecting the environment, standing up for immigrants, fighting for workers, public safety, and criminal justice reform.

On the environment, the attorney general's website notes that he "has led a coalition of states to stop the Administration’s effort to ease restrictions on methane emissions."

"[Becerra] has sued the Environmental Protection Agency for failing to provide documents he requested on whether EPA Secretary Scott Pruitt has a conflict of interest in making environmental decisions," according to the Democratic candidate's website. "He has challenged the EPA’s illegal delay of important air quality standard."

If Becerra is elected, he will likely be at forefront in defending against any challenges to two laws signed this month by Gov. Jerry Brown. Critics say the laws are designed to make the costs of building infrastructure for off-shore drilling prohibitively expensive.

"California needs an attorney general focused on solving our problems, not fighting Washington, D.C.,” a statement on Bailey's website reads.

Bailey's campaign further stated that he would bring a "fair and impartial approach to the attorney general’s office and refocus the state’s top law enforcement position on reducing crime. “

The site noted Bailey is endorsed by the the NRA, Gun Owners of California, Crime Victims United and the Los Angeles Police Protective League.