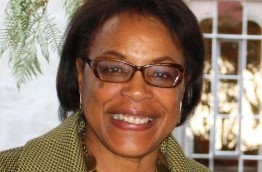 OAKLAND – Alameda County Judge Winifred Smith on Thursday slashed a $2 billion jury verdict against the maker of Roundup to $86.7 million.

Plaintiffs Alva and Alberta Pilliod won the landmark judgment against Monsanto in May after alleging that glyphosate, the key ingredient in Roundup, was a substantial factor in causing their non-Hodgkin’s lymphoma (NHL) and that the company - acqured by Bayer last year - failed to warn its customers of the dangers that its product posed.

The couple, both in their 70s, alleged they used the herbicide Roundup around several Bay Area properties for three decades before stopping in 2016 when they became aware of a possible link between glyphosate and NHL.

In a statement following Smith's decision to trim the Pilliods' verdict, Bayer indicated it was a "step in the right direction," but that it will still appeal on several grounds, including causation and failure to warn claims.

Co-lead counsel for the Pilliods, R. Brent Wisner, however, called the ruling a "big win" for his clients in spite of the reduced damages.

“This a major victory for the Pilliods," Wisner stated. "The judge rejected every argument Monsanto raised and sustained a very substantial verdict. While we believe the reduction in damages does not fairly capture the pain and suffering experienced by Alva and Alberta, the overall result is a big win.”

Bayer maintains that the verdict should not stand because worldwide regulators "have repeatedly concluded that Bayer’s glyphosate-based herbicides can be used safely as directed and that glyphosate is not carcinogenic."

The company further states that the safety of its product is supported by "an extensive body of science spanning more than 40 years, including more than 100 studies EPA considered relevant to its cancer risk analysis, and more than 800 safety studies overall submitted to regulators."

“Significantly, the largest and most recent epidemiology studies, which are the most relevant research for assessing exposure effects in the human population, each found that there was no association between glyphosate-based herbicides and NHL overall in real-world use when adjusted for the use of other pesticides," the Bayer statement reads. "These studies include the 2018 National Cancer Institute-supported Agricultural Health Study, which followed over 50,000 licensed pesticide applicators for more than 20 years; the 2019 Leon Agricoh Consortium study, which included over 300,000 pesticide applicators; and the 2019 North American Pooled Project, which combined data previously reported in earlier case control studies.”

Last week, Smith tentatively granted Bayer's petition for a new trial over its claims of misconduct by the Pilliods' legal team.

In part, Bayer argues the atmosphere at trial was "unnecessarily theatrical, with celebrity appearances in the courtroom and counsel’s dramatic demonstrations in which he pretended to be fearful of a Roundup bottle that he knew only contained water."