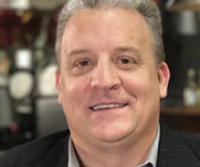 Formed two years ago, with now 120 members including trade organizations, CABIA president Tom Manzo said that a lawsuit his organization filed last year in Orange County challenging a carve-out for organized labor will draw attention to the need for reform.

“It’s such a big issue with such large magnitude,” Manzo said.

PAGA was enacted in 2004, enabling private attorneys to take legal action against small-business owners upon discovery of any state labor code violation, regardless of the size of the alleged infraction.

Businesses have been hit with hundred thousand-dollars’ in judgments over simple violations that mainly include late or interrupted lunch breaks for employees or over paycheck stub mistakes.

One company was fined $300,000 after its professional employer organization – a separate company that handles taxes and workers' compensation – did not list the correct name of an employer on a pay stub.

“The state needs to enforce these labor laws, not attorneys, because attorneys are going to seek the largest amount possible so they can get their money,” Manzo said. “California’s labor laws can’t be a ‘one size fits all,’ and they’re so over-regulated that it becomes so difficult to navigate through these laws that most people are not compliant. You have 1,100 pages that you need to follow, and they’re passing new laws every year or amending them."

Manzo cited two examples of unfair complaints that were filed against businesses. At a restaurant, a customer asked a waitress on her lunch break where the bathroom was. The waitress giving directions to the restroom considered it an interrupted lunch break and a code violation. Months later, the waitress took the case to court, where it was eventually settled for $900,000.

A Starbucks employee went all the way to state Supreme Court after it was suggested that he should be financially compensated for the amount of time it took at the end of each shift to punch out on a time clock and walk to his car in the parking lot. While lower courts ruled against the employee, California's Supreme Court ruled in Troester that the shift supervisor should be paid for the time mentioned.

“This is what makes it so difficult, and if we keep complicating and keep passing more laws, it’s going to get worse,” Manzo said.

CABIA has been attempting numerous steps to spread the message about reforming PAGA to its communities. The organization reached out to legislators with PAGA informational videos, as well as testimonials from PAGA lawsuit affected employees and their districts. It also filed its suit in Orange County Superior Court challenging Assembly Bill 1654, a PAGA carve-out bill that was passed last year that only offers exemption for unionized construction workers, as opposed to all professions.

Manzo remains hopeful that he will see some variation of a PAGA reform bill in the near future.

“We’re very hopeful there’s some kind of a change, and we’re hopeful that [our] lawsuit overturns the law,” Manzo said.

Want to get notified whenever we write about California Business and Industrial Alliance ?

Sign-up Next time we write about California Business and Industrial Alliance, we'll email you a link to the story. You may edit your settings or unsubscribe at any time.