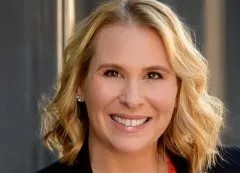 SACRAMENTO – California has passed a groundbreaking employment legislation that will challenge the business models of gig-economy companies that have thrived in the Golden State over the past decade.

Assembly Bill 5, sponsored by Assemblywoman Lorena Gonzalez (D-San Diego), passed in the Democrat-led state Assembly before passing the state Senate in a 29-11 vote along party lines, with the chamber’s Republican caucus casting the only no votes.

The bill forces companies to reclassify certain contract workers as employees following in the wake of the state Supreme Court’s 2018 Dynamex decision, which entirely reformed the definition of an independent contractor.

The high court found that a worker is presumed to be an employee and is eligible for benefits unless he or she comes under the ABC rule, a three-part test that helps identify which category the worker falls under.

Under the rule, the worker has to be free from control and direction of the hirer; performs work outside the usual course of the hiring entity’s business; and is engaged in an independently established trade or occupation.

“Assembly Bill 5 was one of the most widely watched measures in the legislature in 2019,” said California Retailers Association (CRA) President and CEO Rachel Michelin. “CRA worked with the business community in support of efforts to create additional and broader exemptions under Dynamex for workers who prefer to set their own hours and for business-to-business contracts, among others. Those amendments were not accepted. Neither were amendments sought by many individual industries in search of specific exemptions, notably truck drivers and the ‘gig economy.’

“Governor Newsom’s pronouncement last week that he will continue to negotiate with Silicon Valley companies on a gig-economy bill almost assures there will be another AB 5-type of bill next year, and it's easy to imagine there will be independent contractor issues for many years to come as both the economy and Dynamex case law evolve.”

As far as an immediate impact on state businesses and the economy, the CRA expects heavy legal battles, along with similar amendment bills to follow, before the bill gets fully implemented.

“We expect the AB 5 to result in extensive, costly litigation to implement the decision, which has already started happening in San Diego where the San Diego city attorney has filed a lawsuit against Instacart, claiming AB 5 mandates their workers receive compensation retroactively – including payment for things like minimum wage, overtime pay, meal breaks and expense reimbursement,” said Michelin. “The suit also alleges Instacart evaded paying workers compensation and unemployment insurance, along with state and federal payroll taxes. Lawsuits like this one will significantly increase costs for employers, which will ultimately increase costs for consumers and create a snowball effect for introducing more burdensome regulations through a myriad of different interpretations of the law.”

Michelin expressed the commitment of the CRA to protect California’s consumers, economy and business by putting their best interests first.

“CRA expects the governor, who is a business owner, comes from the Bay Area, and should understand how AB 5 and Dynamex harm innovation, to continue to work with affected businesses on a compromise,” said Michelin. “The question will be whether or not legislators, including Assemblywoman Gonzalez, are willing to work with the governor to stave off an expensive campaign. If a compromise cannot be reached, CRA is prepared to support efforts to continue to protect California’s consumers, economy and business whether that be an initiative replacing or amending the law or some other form of advocacy.”

Want to get notified whenever we write about California Retailers Association ?

Sign-up Next time we write about California Retailers Association, we'll email you a link to the story. You may edit your settings or unsubscribe at any time.