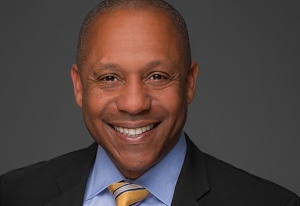 PAGA was initially enacted in 2003 by former Gov. Gray Davis and permits private attorneys to act as the state when enforcing labor laws upon small-business owners. The attorneys can then file lawsuits against the owners for any PAGA infractions they find, whether that be very minor claims such as not listing a full address on a pay stub or even employees entering their businesses five minutes before their shift starts.

“Right now, [PAGA] is, without question, the biggest threat facing employers in the state,” Barnes said. “Yes, there’s some who face the challenge of going out of business, I would say that’s not the biggest threat ... a small PAGA action can have you face a settlement of $500,000 or $600,000, and that’s game over for many of these nonprofits and small businesses.”

In July, chairman of the Family Business Association of California and Caterpillar distributor Holt of California President Ken Monroe published an op-ed in The Orange County Register offering his own ideas to reforming PAGA. Monroe’s main points included: giving employers 90 days to resolve issues before any court action is initiated, limiting attorney fees to ensure benefits go to employees for significant violations and reforming labor regulations so employers can give their workers flexible lunch hours and breaks.

In response, Barnes believes another reform would include adding a right to cure window for minor claims, such as employee work breaks.

“Many of these claims are surrounding that, however, a small window to correct really isn’t sufficient to fix the entirety of the law,” Barnes said.

He explained that most lawsuits are centered around employees picking and choosing when to have their lunch break, another violation of PAGA that could subject owners to “potentially millions of dollars in fines and legal fees.”

Regarding Monroe’s idea to cap attorney fees, Barnes said he was not sure if that would correct the problem's origins.

“I don’t know if I’m convinced that capping attorneys’ fees gets to the root issue of the problem," he said. "I get the logic is that, what if you’re able to remove the financial incentive? I think to remove the financial incentive isn’t capping attorneys’ fees, but removing a process where it requires an attorney to be engaged in the resolution of a claim by a worker.”

Barnes also believes in the idea of giving more employees a certain amount of flexibility in their work schedules.

“We’ve got to interject employee flexibility back into the system," he said. "(PAGA) is creating a very robotic system where it’s requiring employers to track the moves of their employees by the minute, and nobody wants to work in that type of environment.”

Barnes described how when PAGA was initially conceived, it was supposed to “give workers the power to bring a course of action on behalf of the state if the state didn’t act.” Originally nicknamed the “sue your boss law,” it is now causing many business owners to close their shops in California due to the high penalties for minor violations.

Barnes stated that PAGA’s issues stem from an overall lack of freedom in the workplace.

“A right to cure period works for some of the minor accusations, but the rest of them just require the ability for employees to have the power to make decisions about their own day,” Barnes said.

Want to get notified whenever we write about Citizens Against Law Abuse - California ?

Sign-up Next time we write about Citizens Against Law Abuse - California, we'll email you a link to the story. You may edit your settings or unsubscribe at any time.