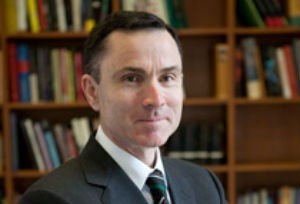 TORRANCE – An expert witness for plaintiff Carolyn Weirick on Monday told attorneys that baby powder testing by the Food and Drug Administration was not sensitive enough to detect asbestos, while attorneys for Johnson & Johnson portrayed the witness as too dependent on a single source of information.

“Dr. (William) Longo told me the (FDA) tests were not sensitive enough,” Dr. David Madigan, a professor of biostatistics at Columbia University, told an attorney for Johnson & Johnson. “He told me they (FDA) are not going to find anything (asbestos).”

The trial in the Los Angeles Superior Court is being streamed live courtesy of Courtroom View Network.

The case is among the latest of hundreds of lawsuits filed by women against the baby powder maker across the country, most alleging the company’s talc powder products caused them to develop ovarian cancer. Mesothelioma is a much rarer disease with 3,200 cases in the U.S. reported annually.

The case went to trial last year but a jury in a Superior Court in Pasadena deadlocked. The trial resumed in Torrance on Sept. 9.

Talc, a mined mineral for use in Johnson & Johnson baby powder, came from Italy, Vermont and more recently China.

Madigan told Jay Stuemke, an attorney for Weirick, the majority of the powder she used came from the Vermont mine. He said a person who had been exposed to asbestos was four times as likely to develop mesothelioma as an unexposed person.

A central contention of attorneys for Johnson & Johnson has been that miners and millers who dug and processed the talc for use in the baby powder product had not developed mesothelioma, a disease that can take 30 years to appear.

“Do you agree with studies that show no increased risk among miners and millers?” Steumke asked.

Madigan indicated that such findings were based on weak epidemiological (study of disease) information and miscalculating.

On cross-examination, attorneys for Johnson & Johnson attempted to undercut Madigan’s testimony by calling attention to his dependance solely on the findings of Dr. William Longo, a microscope researcher with the MAS lab in Georgia. Longo, who testified earlier in the trial that asbestos had been found in the baby powder, has been a critic of the testing methods of experts for Johnson & Johnson saying they were not powerful enough to spot asbestos.

An attorney for Johnson & Johnson asked based on Weirick’s use of 250 bottles of baby powder over the years, if only one asbestos fiber were found per bottle, how would he count them.

“I would still count them all as positive (for asbestos),” Madigan said.

“You can’t say whether Mrs. Weirick was exposed to levels of asbestos above background?"

Background is the level of asbestos fibers everyone breathes in through the air – a dose so low as to not present a threat.

Madigan was asked if he had the independent expertise to determine what (talc powder) test was best.

“You know that none of Longo’s reports were in peer-reviewed (scientific) literature?”

Madigan agreed that if Longo’s test results turned out to be false, it would change his statistical results.

A Johnson & Johnson attorney exhibited the logos of numerous medical and scientific testing organizations that have conducted tests of talc powder, including the National Institute of Occupational Safety and Health (NIOSH), Harvard University, the Colorado School of Mines, the McCrone Group lab in Illinois and others.

“The testing that he (Longo) has done recently is what I’m using,” Madigan said.

“Longo has told you his tests are definitive and the best?”

Madigan said Longo’s testing method was among the few that revealed amounts of asbestos in the baby powder.