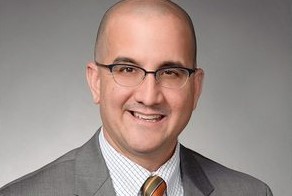 SACRAMENTO – Some experts see Gov. Gavin Newsom's signature on the controversial, anti-abitration Assembly Bill 51 as one that will further complicate an already perilous legal climate for businesses operating in the state of California.

But many who oppose the measure, which will ban employers from requiring arbitration in employment contracts, and, by writing the law into the existing labor code, expose business owners to criminal liabilities, don't believe it will stand up when tested in court challenges.

“I think those on the defense side feel pretty confident, just based on the lay of the land and all of the case law decisions under Federal Arbitration Act (FAA), that it’s likely that this will be ruled preemptive,” said Benjamin M. Ebbink, an attorney with Fisher Phillips in Sacramento.

Additionally, FEHA would require the DFEH to issue a right-to-sue notice to a person who submitted the complaint and allow them to take legal action within one year from when the department issued that notice.

Currently, the California Constitution requires the state to reimburse local agencies and school districts for certain costs mandated by the state. This bill would “provide that no reimbursement is required by this act for a specified reason.”

Ebbink discussed a similar but much narrower bill that was passed last year in New York that only excluded arbitration in sexual harassment cases that has already been struck down and deemed in violation of federal law.

“The district court in New York has ruled that that New York statute runs afoul of the FAA, and I’m sure that’s being appealed to the appellate court, but at least the district court ruled,” said Ebbink. “I think the employer community feels fairly confident that litigation will ultimately result in this being ruled preemptive by the FAA and I think some employer groups may be pushing for some litigation and an injunction to prevent AB 51 from going into effect while the litigation continues.”