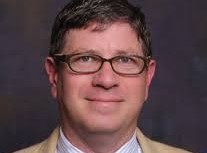 SAN JOSE – Three companies involved in the production and distribution of lead-based paint have agreed to a settlement of just more than $300 million, bringing to an end a near two-decade long legal battle.

In a quietly filed settlement agreement in Santa Clara County Superior Court on July 17, Sherwin-Williams, ConAgra Grocery and NL Industries agreed to the payout to be spread over six years to 10 cities and counties, including Los Angeles, San Francisco, Alameda, and Santa Clara counties and cities of Oakland and San Diego, with the first installment of $75 million due before the end of this year.

While terms of the settlement include no admission of wrong-doing by the companies, the Santa Clara County judge who initially entered judgment against the paint makers - following a protracted bench trial in 2013 - concluded that they behaved fraudulently and created a public nuisance.

Professor Sean Hecht, an environmental law expert at UCLA, noted that that legal theory wasn't successful in any other state court where lead paint litigation played out.

"California legal doctrine has been found to be more friendly to plaintiffs," Hecht said.

Santa Clara County Judge James Kleinberg initially ruled for the plaintiffs that the companies would be responsible for abatement of lead-based paint in housing built before 1981. An appeals court largely upheld that decision, though narrowing it to those constructed before 1951, which reduced liability from $1.1 billion to close to $400 million.

The settlement limits claims to the 10 jurisdictions that litigated.

"I would think that if other local governments were interested in this, (they) would have moved forward before now," Hecht said.

In theory, some other municipality or county in California may take action, but those involved in this suit include most of the densely populated areas of the state, Hecht said. These are the areas where the vast majority of the lead paint was applied prior to 1951.

Negotiations over the final settlement went on for some months from an October 2018 U.S. Supreme Court decision not to review the case. Observers believe local governments were willing to give up some money in exchange for more flexibility as to how and where it would be spent.

Hecht believes the rulings in the case are significant as they apply to California, but is reluctant to link their potential connection to ongoing litigation against fossil fuel companies over claimed liability for climate change. He said he has connections to the fossil fuel cases.

Columnist Michael Hiltzik of the Los Angeles Times, writing after the California appeals court ruling  in 2017, stated, "A similar public nuisance argument is at the heart of lawsuits recently filed against major fossil fuel companies by cities and counties in California blaming them for a sea-level rise associated with climate change."

In his column, he quoted Vic Sher, an attorney representing the city of Imperial Beach and San Mateo and Marin counties in sea-level cases.

“Like the lead paint case, we have an industry that knew its products could inflict serious damage and continued to promote those products anyway,” Sher was quoted in the column.

Most of the $305 million settlement will go toward a remediation program to eliminate lead paint hazards in older homes in, among other areas, Los Angeles, San Francisco, Alameda and Santa Clara counties. Attorneys will receive 17 percent, or around $50 million. The case was handled by attorneys from several counties and cities and outside counsel Cotchett Pitre & McCarthy LLP, Motley Rice LLC, Mary Alexander & Associates PC, the Law Office of Peter Earle and Altshuler Berzon LLP.

“Sherwin-Williams is pleased to have reached an agreement to resolve this litigation, and it will continue to vigorously and aggressively defend against any similar current or future litigation,” the company said in a statement, according to Reuters.

Michael Cummins, a spokesman for ConAgra, told Reuters that the company is "pleased" to have reached a settlement.