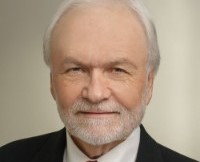 SACRAMENTO – Stanislaus County Supervisor Kristin Olsen recently issued a warning that businesses within her county are spending millions to settle Private Attorneys General Act (PAGA) lawsuits in an op-ed that was published in the Modesto Bee.

Her opinion piece published in The Modesto Bee stressed that these lawsuits are taking away money that would be better spent improving the community and tackling some of the issues they are faced with.

“Several well-known, award-winning businesses in our county have spent millions settling PAGA lawsuits, taking that money away from being able to reinvest in their businesses and employees, not to mention in our community,” wrote Olsen.

Olsen called PAGA a threat to businesses and is calling out for reforms in the hope that other state officials will band together. Her warning comes in the wake of Gov. Gavin Newsom signing Senate Bill 142, which expands the rights of lactating mothers in the workplace. Some employer attorneys say PAGA lawsuits will increase due to the provisions of the recently signed bill.

An executive of a nonprofit that advocates for the state's family businesses said its members are not strangers to PAGA suits.

“We just surveyed members, and 23 percent have had a PAGA suit,” said Robert Rivinius, executive director of the Family Business Association of California (FBAC).

Rivinius noted most of the cases are frivolous. He explained that a small, clerical error on the part of the employer could lead to thousands of dollars wasted in court. He said a comma left off of a company's name on a paystub could be a basis for a lawsuit.

Human resource departments are among the top problems the FBAC deals with. When Rivinius meets a new legislator, he brings the more than 1,000-page California Chamber's HR handbook. He says anyone going into business needs to know everything in the book.

"And even then, you'll probably still be sued,” he said.

As Olsen and other state leaders push for reform, they hope that their message sticks.

“It’s time that we, as a community, call upon state leaders to fix issues with PAGA claims,” wrote Olsen.

"So far, the will of our legislature has been not to take it up," he noted. "...This legislative body is not interested in any meaningful reform."